ESP is most commonly called the “sixth sense.” It is sensory information that an individual receives which comes beyond the ordinary five senses sight, hearing, smell, taste, and touch. It can provide the individual with information of the present, past, and future; as it seems to originate in a second, or alternate reality.

The term “ESP” was used in 1870 by Sir Richard Burton. A French researcher, Dr. Paul Joire, in 1892 used the term ESP to describe the ability of person who had been hypnotized or were in a trance state to externally sense things without using their ordinary senses.

However, the phenomena of ESP activity has been indicated much earlier, some say even in Biblical times. Although there is no clear evidence as to the certainty of the phenomena, it has attracted the attention and enthusiasm of many throughout the centuries.

In the 1920’s a Munich ophthalmologist, Dr. Rudolph Tischner, used ESP in describing the “externalization of sensibility.” Then in the 1930s the American parapsychologist J. B. Rhine popularized the term to include psychic phenomena similar to sensory functions. Rhine was among the first parapsychologists to test ESP phenomena in the laboratory.

The first systematic study of ESP was conducted in 1882, when the Society for Psychical Research was founded in London. The journals of this society Proceedings and Journal were published as well as other publications in the United States and the Netherlands. Soon other countries were reporting similar findings.

However, these first studies of ESP were rarely experimental. The studies consisted of mostly spontaneous incidents that were located. Many of the individuals studied were self-claimed “sensitives” or psychics. Rarely were they examined under anything resembling laboratory conditions. The researchers conducting the examinations resembled prosecuting lawyers. The subjects were bombarded with questions, those standing up the best were judged creditable.

The first card-guessing ESP experiments were conducted by Rhine at Duke University in 1930. The cards consisted of five designs, now called ESP symbols, a square, a circle, a plus sign, a five pointed star, and a set of three wavy lines. The symbols were printed singly, in black ink, on cards resembling playing cards.

In the classic Rhine experiments on ESP, the subject tries to guess or “call” the order of the five symbols when they are randomly arranged in a deck of 25 ESP cards. The likelihood of calling a card correctly by chance is one in five. Therefore, it is possible to calculate how often a particular score is likely to occur by chance in a given number of calls. It was Rhine’s argument that when his subjects made high scores that could be expected by chance only once in a thousand tries, or once in a million, they displayed “extrachance” results, or ESP.

The early experiments faced several criticisms. Two were automatically dismissed: (1) The statistics were unsound which was refuted by the president of the American Mathematical Association. (2) That ESP is a physical impossibility which begs the question.

Several appropriate criticisms were accepted by Rhine which he used to improve his experiments. Examples are: (1) There may have been sensory cues. An example of this is that if a strong light shined on the back of the ESP cards, it might be possible to see the symbol through the back. Currently to avoid this possibility the target card is covered by an oblique shielding, or kept far from the subject. (2) An experimenter that knows the target might whisper it or otherwise give a cue to the subject. Presently no one in contact with the subject knows the target. (3) More hits might be recorded than actually occurred.. Currently hits and responses are recorded by machine or by someone not knowing either.

Three criticisms remain: (1) The “file drawer” effect. Only favorable results are published. Larger experimental data like one in a million make this unlikely. (2) Results are inconsistent and not repeatable. This can be remedied statistically. (3) Charges of fraud can be refuted by other reputable investigators obtaining similar results.

There was a finding which seemed puzzling until better understood. While some label it “missing-ESP” it might be thought of as reverse-ESP too. It is found among subject who dislike ESP. Even though the subjects were consciously trying to achieve good scores, they scored lower than chance. An unconscious factor seemed to come into play here. Experimenters have found they can predict higher scores for some groups (for example, those who are interested and relaxed), and lower scores for other groups (those who show fear, negativity, or boredom). The factor of missing-ESP indicates why ESP data is unreliable.

More recently computer games are increasingly being used to test ESP. The computer is programmed so that a random series determines the targets, and the subjects attempt to outguess the computer.

Another factor that researchers and experimenters must watch for in ESP and all psychical experiments is preconceived or previously learned knowledge. This concerns any knowledge which might influence the subject’s activity. For example, a person might say she sensed her son would telephone her on that certain day at that specific time. If the son had previously called her in such a fashion, then her sensation must be suspect for it might have been based upon knowledge of her son’s previous performance. A person might strongly feel that he would receive an email message from a friend on a certain day, and he does; but, can this be considered a ESP phenomenon considering that this person had not heard from the other person for sometime and was expecting the message. The point being made is that when dealing with psychic phenomena all factors must be considered when examining the performance.

In New Frontiers of the Mind (1937) Rhine said that ESP experiments were changing the way people thought the mind sensed information. Historically, learned people held the human mind received information through the ordinary five senses and that, therefore, the mind is subject to the laws of the mechanical world. Laboratory tests have attempted to determine the existence of ESP, and discover the physical mechanism by which it operates. “The mind has been equated with the brain, and scientists search to discover how ESP registers in the brain/mind.”

However, increasing evidence is demonstrating that ESP does exist, but it cannot be explained or quantified by physical laws; and furthermore, that the mind (consciousness) and the brain are two separate entities. Simultaneously, research in quantum physics points to the existence of a second, nonmaterial universe. So, the time is fast approaching when Western scientists must come to terms with the Eastern mystical concept: “that an extrasensory force exists in another reality, and intersects and integrates with the physical world.”

In function, ESP is dissimilar to the ordinary senses. There are no locations that govern the other senses which receive information through various parts of the body; and it is not dependent on any of the other five senses. ESP is independent of such factors as geography, time, intelligence, age, or education.

ESP has been given various names. In the 19th century is was called “cryptesthesia,” later it was labeled “relesthesia” which since became clairvoyance, or “seeing in the distance.” It was Rhine who coined the term “general extrasensory perception” (GESP) to include both telepathy and clairvoyance. Later the term psi was designated to cover ESP and PK.

It was researcher Louisa E. Rhine who proposed the theory that ESP starts in the unconscious, a storehouse of memories, hopes and fears. At this point a contact is made between the objective world and the center of the mind. The person remains unaware of this contact until or unless the information is brought to the conscious level. Also, the psychiatrist Carl G. Jung proposed a similar theory that the conscious mind has subliminal psychic access to the collective unconscious, a vast repository of accumulative wisdom and experience of the human race.

Others theories attempting to explain ESP have been produced. One such theory involved macrophages, cells present in connective tissue, lymph nodes, and bone marrow and tied to nerve endings. The person thought these might be the body’s ESP organs, sending and receiving impressions below the normal perceptive level. Such cells are more sensitive and active during childhood, but deteriorate without proper diet.

Some theories involve the discussion of two subconsciousnesses, the second one sometimes called the superconsciousness, soul, subliminal self, transcendent ego, dream self and several other terms. The argument rests on the hypothesis that two realities exist, the physical one and a second one. ESP can occur when there is a integration between both realities. This occurs infrequently only when the barriers between the realities are broken which does not happen often because if it did all unconscious thought would flood and overflow the conscious mind. A condition which the mind could not withstand.

When considering types or forms that ESP might take, dreams become an important factor, especially in relationship to the theory of two realities. Upon this basis dreams were separated into two categories: realistic, vivid (having detailed imagery of the information conveyed) and intuition, which includes “gut feelings”, forebodings and premonitions; and unrealistic dreams containing fantastical imagery and symbols. Hallucinations that relayed visual and auditory information also were included. Rhine suggested the reason for dreams being efficient carriers of ESP messages is because the barriers surrounding the conscious mind appear to be thinnest.

It has been discovered that the natural tendency for ESP in individuals can be distorted by previous prejudices, thoughts, and conditioning. Likewise, inaccurate ESP messages may be the result of distortions and blockages of the conscious mind. However, in times of crisis such as accidents and death of loved ones, ESP messages seem to occur spontaneously. It is theorized that perhaps trauma and shock enable negative information to penetrate the subliminal barriers more easily than happy information.

There are theories concerning individuals who possess ESP and how they acquired this ability. One theory holds that some people such as seers, prophets and diviners were born with the gift which was inherited by their relatives. Another theory holds that it is ‘a primordial sense which has decreased in populations as their cultures advanced’. Still another theory claims ESP is a supersense which evolves in the nervous system.

Psychical research does support the theory that everyone is born with ESP capability, though some may possess more than others. Most people have experienced at least one ESP experience in their lives. It was found in a survey published in 1987 by the University of Chicago’s National Opinion Research Council, that 67 percent of all adult Americans believed they have experienced ESP. Eleven years earlier the figure was 58 percent. It was thought the increase indicates an increased acceptance of the possibility of ESP among the general public. 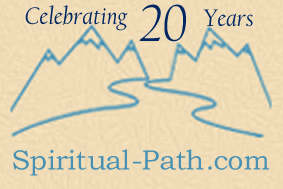